This project is an attempt to track the descendants of Andrew Robson.

He was born about 1829, probably at Coldstream on the River Till, Northumberland, England, just South of the Scottish border. He was a shepherd and had considerable experience with sheep in the Cheviot Hills in Scotland.
He married Isabella Taylor in 1855. Andrew was a younger son and was given very little money as was the custom in those days. They had ten children. They came out to Australia as assisted immigrants on the ship Chance and landed at Port Fairy on 27 Sept. 1857 after almost five months at sea. They lost a baby daughter, Isabella on board on the way out. Andrew left Isabella at Port Fairy and went to try his luck at the Arrarat gold fields, but only for a short time. He then worked on a property at lake Wallace, Edenhope for a while and Isabella still stayed at Port Fairy. Then they moved to Cannawigra near Bordertown where Andrew worked as a shepherd and then overseer for a Mr Robert Laidlaw. Purchased Bakers Range homestead portion, Section 52, on Tuesday 25th October 1876, near Lucindale which was previously an out station of Crower. Died on the 29th of October 1904 at Bakers Range, Lucindale of a Heart Failure.

Many thanks to all who have contributed during the years. More information is always welcome and photo's are a real bonus. 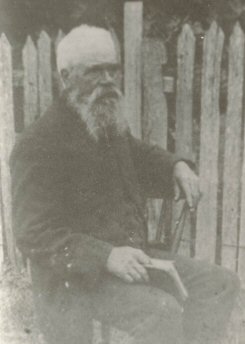